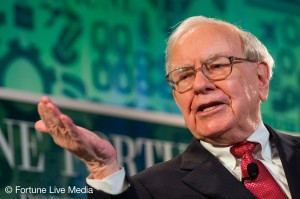 1. It is critical that your investments deliver over the long term the return you require to have enough money to achieve your goals.

As Warren Buffet (pictured) says: “What you’re doing when you invest is deferring consumption and laying money out now to get more money back at a later time. And there are really only two questions. One is how much you’re going to get back, and the other is when.

“The arithmetic makes it plain that inflation is a far more devastating tax than anything that has been enacted by our legislature. The inflation tax has a fantastic ability to simply consume capital. It makes no difference to a widow with her savings in a five per cent passbook account whether she pays 100 per cent income tax on her interest income during a period of zero inflation or pays no income taxes during years of five per cent inflation. Either way, she is ‘taxed’ in a manner that leaves her no real income whatsoever. Any money she spends comes right out of capital. She would find outrageous a 120 per cent income tax but doesn’t seem to notice that five per cent inflation is the economic equivalent.”

2. It is critical that you have a well thought out plan to guide your investment decisions.

As Warren Buffet says: “To invest successfully over a lifetime does not require a stratospheric IQ, unusual business insights, or inside information. What’s needed is a sound intellectual framework for making decisions and the ability to keep emotions from corroding that framework.”

3. It is critical that you hold yourself and those you work with accountable on a regular basis.

4. It is critical that the risk profile of your investments matches your appetite for risk.

As Warren Buffet says: “Risk comes from not knowing what you’re doing.”

5. It is critical that you don’t pay more tax than necessary on your investments. If they are tax efficient they won’t have to work as hard and you won’t have to take on as much risk.

As Charlie Munger, Warren Buffet’s partner says: “Another very simple effect I very seldom see discussed either by investment managers or anybody else is the effect of taxes. If you’re going to buy something which compounds for 30 years at 15% per annum and you pay one 35% tax at the very end, the way that works out is that after taxes, you keep 13.3% per annum. In contrast, if you bought the same investment, but had to pay taxes every year of 35% out of the 15% that you earned, then your return would be 15% minus 35% of 15% or only 9.75% per year compounded. So the difference there is over 3.5%. And what 3.5% does to the numbers over long holding periods like 30 years is truly eye-opening. If you sit back for long, long stretches in great companies, you can get a huge edge from nothing but the way that income taxes work.”

6. It is critical that – just as in any business enterprise – you control costs particularly from frequent trading which eats into profits.

As Warren Buffet says: “The Stock Market is designed to transfer money from the Active to the Patient.”

7. It is critical that you have a clear and well thought out investment process to guide you in your investment choices. Past performance is such a poor indicator of future performance that selecting investments largely on this basis is a recipe for a poor outcome.

As Warren Buffet says: “The dumbest reason in the world to buy a stock is because it’s going up.”

Recent Posts
Categories
Archives
What you say about us
D and R Tarlow
All the staff are helpful and supportive.Very happy to recommend them as they give good, professional financial support and advice.
Michael S, Accountant
I have found both Saul and his team to be professional, efficient and conscientious and above all straightforward and honest in their dealings with me.
N Swallow
Their personal approach, apart from being highly professional, is helpful, friendly and interesting. I recommend Saul and his team as very positive and interactive.
R and L Cohen
A meeting with Saul and his team is more like a life coaching therapy session than an investment planning one, he gently persuades and disciplines you to take control or your own affairs and organise yourself more efficiently giving you all the back up support you need.
Jeffrey Rubinoff, partner Freshfields
Transparent, willing to respond to difficult issues, thoughtful, confident of your strategy, concerned with my financial well being.
Helpful Tips & Insights

The Compliance Officer for DJWM Ltd (trading as The Investment Fitness Club) is Mr.Saul Djanogly email address:  [email protected] On receipt of a complaint from a…